A place for some of my work. Come on in. Stay awhile. 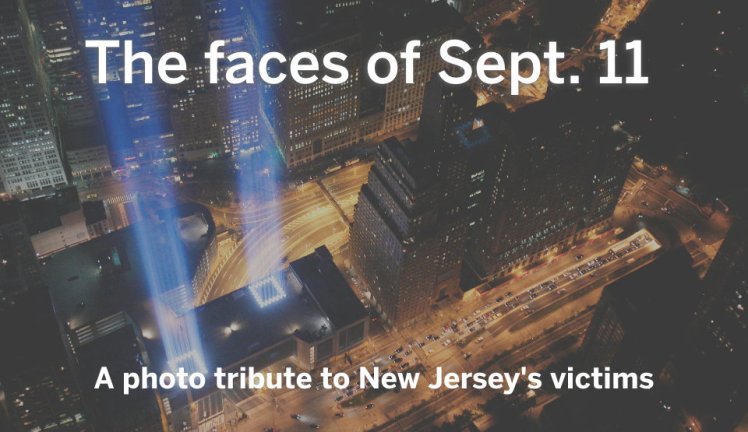 Fifteen years ago, nearly 3,000 Americans lost their lives in the worst terrorist attack in our nation’s history. More than 700 of those victims were from New Jersey. Most perished at the World Trade Center. Others were on hijacked planes. At least two worked at the Pentagon.

Their memories live on.

With today’s anniversary, NJ Advance Media presents a tribute in photos to 703 victims known to have lived in or grown up in the Garden State.