A place for some of my work. Come on in. Stay awhile.

Megan Duncan, Alanda Watson and Denise Mercurius will report to work Friday morning, as they have done every day for years. Once there, they expect to be fired.

The three women — employees of Lutheran Social Ministries of New Jersey, an agency that helps the elderly and the disadvantaged throughout the state — are among a rising number of workers facing termination for refusing to get a flu shot or, as an alternative, wear a surgical mask in the workplace. 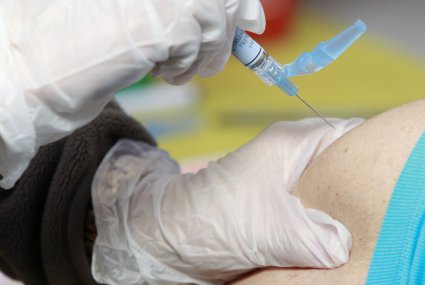 The trend — supported by anecdotal evidence, a proliferation of lawsuits in recent years and interviews with employment attorneys — has been driven by an increase in corporate policies mandating flu shots for all employees in hospitals and other health care settings.

What differentiates Duncan, Watson and Mercurius from most of those fired, however, is that they’re not doctors or nurses, and they don’t work in a hospital.

They spend their days in a corporate office in suburban Burlington Township, crunching numbers or dealing with billing issues.

The women say they are deeply opposed to receiving a flu shot for a variety of reasons, and they contend it is ostracizing, embarrassing and an invasion of privacy to force them to wear surgical masks in a business setting. Lutheran Social Ministries said it instituted the mandatory flu shot policy this year as a safeguard for its clients.

“This is insane,” said Watson, 36, a Willingboro resident who says she desperately needs her job to support her four children.

Watson and Mercurius say they have never had direct contact with the agency’s clients. Duncan, 30, of Howell, said that while she occasionally visited elder care facilities in the past to discuss billing issues with residents, her direct supervisor told her she would no longer be required to do so.

“I’ve never been fired from a job in my whole life,” Duncan said. “I’m a hard worker. I always get great reviews. This is so upsetting.”

After declining to wear the surgical masks at work earlier this week, the women said, they were reprimanded and sent home, with instructions to report to work Friday to meet with the chief financial officer.

All three said they expect they will be fired, a presumption based on the repeated warnings they received and the fact that they were locked out of the agency’s computer system this week. In addition, Duncan discovered her job already has been posted on the agency’s website.